The branded samples were coded HL, GD, VT and SF while a soymilk locally produced (unbranded) served as control. Microbial counts and isolation was carried out using pour plate technique. Microbial count was carried out with a digital colony counter (Gallenkamp model). Morphological and biochemical characteristics were used in the identification of bacteria isolates while fungal isolates were identified based on their cultural morphology and microscopy. Results showed that the bacterial counts (...

Malnutrition at hospital admission has negative impact on clinical outcomes such as patients’ hospital length of stay, rehospitalization and death. The aim of the current study is to present a case report describing the nutritional status of a critically ill patient with chagasic heart disease who was hospitalized in the intensive care unit of a hospital in Santo Antonio de Jesus County, Bahia State. Socioeconomic data, laboratory exams, anthropometric parameters and objective measurements suc...

The aim of this study was to evaluate, at 90 days, the adipose tissue in young male rats fed with flaxseed flour during lactation or during post weaning period. At birth, Wistar rats were assigned to two groups, whose dams fed with control (C) or flaxseed flour (F) diet during lactation. At 21 day, pups were weaned and fed control (CC and FC) or experimental diet containing flaxseed flour (CF). At 90 days, food and energy intake, body mass and length, body fat composition by dual-energy X-ray ab...

The Impact of Dairy Elimination on Pediatric Atopic Dermatitis

Atopic dermatitis (AD) is a relatively common, inflammatory skin condition of variable severity. Known food allergens such as dairy may play a role in the exacerbation of this T-cell mediated autoimmune condition. A four-year-old patient with severe, non-resolving AD was placed on a dairyfree elimination diet. Quantitative analysis included the use of the Hanifin and Rajka diagnostic tool and the Scoring Atopic Dermatitis Calculator (SCORAD). The patient demonstrated a 76% improvement in her sym...

In this work, an association between chronic consumption of high fat diet (HFD) and changes of cognitive ability in C57BL/6J mice was ascertained. The Morris water maze was employed to determine effects of germinated Sang-Yod rice (GR) supplement on hippocampal-dependent memory tasks in regard to spatial learning and memory. Improved cognitive impairment was demonstrated when germinated Sang-Yod rice at a dose of 0.25% per kilogram body weight per day was consumed by HFD-induced mice for 12 week...

Red beetroot belongs to the Beta L. genus, the Betoideae subfamily of the goosefoot family (Amaranthaceae). Beetroot (Beta vulgaris L.) is a vegetable consumed worldwide due to its high content of biologically active substances, such as betalain, inorganic nitrates, polyphenols, folates, as well as its minerals and vitamins present in the tuberous root. The beet, like its cousin the turnip, is known for its edible leaves and roots. They are consumed in many ways, such as whole, cooked, canned or... 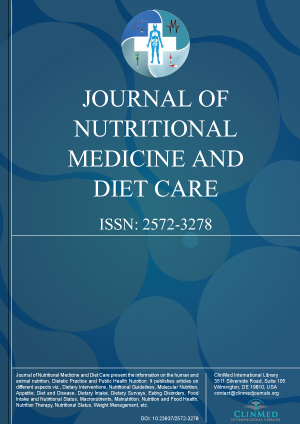