COVID-19 and Nervous System: Under Estimated Clinical and Prognostic Aspects

The coronavirus pandemic transformed the world abruptly due to the speed of transmission and high morbidity and mortality. Many deaths have been quantified, and the scientific community intensifies the search for molecular targets, protein sequences and polymorphismson SARS-CoV-2, to improve the clinical evolution and survival of patients. Initially, COVID-19 was described with respiratory changes, flu, and fever. With the spread of the disease, clinical manifestations were observed in other org...

Intracranial Hemorrhage Associated with Sildenafil Use: A Very Rare Complication

Intracerebral hemorrhage (ICH) (International Classification of Diseases, 9th Revision) is a neurological deficit documented by brain CT or MRI showing the presence of an intracranial bleed in the parenchyma of the brain. ICH is a serious cerebrovascular condition associated with high mortality and morbidity in adults It can be classified as primary and secondary according to etiology. Primary intracranial hemorrhage often develops due to hypertension or amyloid angiopathy. Secondary intracrania...

Blood blister-like aneurysms (BBAs) have been described as small aneurysmal bulges, more frequently arising from non-branching sites on the supra-clinoid internal carotid artery (ICA). Their etiology is still controversial. In our case the association of the BBA, presenting with a severe subarachnoid bleeding, and extracranial ipsilateral ICA dissection in a patient with fibromuscular dysplasia, could suggest that both lesions were due to the same pathologic process. The aneurysm was treated in ...

Vagal nerve stimulation (VNS) represents the earliest and longest used method of neuromodulation for epilepsy. Implanted and transdermal VNS approaches have both been used and the implanted technique has been proven to be more superior and has become the procedure of choice. VNS implants offer a good treatment option for generalized, multifocal and inoperable epilepsies and are often preferred by patients who wish to have the least invasive option used in them. The VNS also offers relatively goo...

Stroke is one of the most important causes of global morbidity and mortality. In 2013, stroke was ranked second as the most common cause of death, responsible for 6.5 million deaths globally and the third most common cause of disability in the world. According to the latest world health organization (WHO) data published in 2017, stroke was the leading cause of death in Indonesia reached 332,663 or 19.79% of total deaths of the country. Stroke patients commonly experience medical complications su...

Towards a Biological Definition of Alzheimer Disease

Alzheimer disease (AD), the most common form of dementia, is a heterogenous syndrome with various pathobiologically defined subtypes. The clinical diagnosis of probable AD is enabled by the recent ATN biomarker system, but the definite diagnosis is only possible at post-mortem according to the updated NIA-AA criteria. The recent developments in the clinical and neuropathological diagnosis of AD including its specific subtypes improving the evaluation of AD and its impact on public health are bri...

Although Adamantiades-Behçet’s disease (ABD) has a worldwide distribution, it is considered rare in the Americas, with a prevalence of 0.12-0.33:100.000 in the United States. The characteristic triad of recurrent oral aphthous lesions, genital ulcers and iridociclitis occurring more often in young adults during their third or fourth decade of life was initially described by Hippocrates but gained it's classic eponym to acknowledge the Greek ophthalmologist from Asia Minor (nowadays part of A... 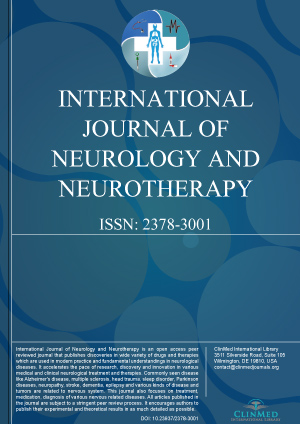