Idiopathic pulmonary fibrosis (IPF) is a chronic and fatal interstitial lung disease with no current cure. Progression of IPF is difficult to predict as the clinical course can be highly variable and range from a rapidly deteriorating state to a relatively stable state, or may be characterized by a slow progressive decline. Therefore, the need for an accurate diagnosis and improved tools for monitoring and managing IPF is of paramount importance, all for understanding the mitochondrial structure...

This prospective randomized controlled trial in 276 patients of age more than 18-years-old who had American Society of Anesthesiologists (ASA) class I-III and scheduled for elective surgery and had no risk of aspiration were enrolled and randomly assigned into two groups. The patients with general anesthesia with oroendotracheal intubation were included. Endotracheal suctioning was performed by the decision of anesthesiologists or anesthetic nurses with sterile or clean technique regarding the g...

Electronic cigarette (e-cigarette) use, also known as vaping, has gained popularity among young adults. It has been promoted as a safer alternative to conventional cigarette smoking. Recent reports, however, have linked e-cigarette use to lung dysfunction. We report a series of four patients who were recently treated within our hospital system for vaping associated lung illness (VALI). All four were young, healthy individuals with no significant past medical histories. Lung biopsies were perform...

Idiopathic pulmonary fibrosis (IPF) is a chronic and progressive lung disease characterized by severe fibrosis and poor prognosis. We aimed to reveal to different radiological findings of IPF and to describe a different perspective on the complexity of diagnosis. We retrospectively evaluated patients with IPF between January 2015 and April 2019 in the Department of Pulmonary Medicine, VM Medical park Samsun Hospital, Samsun, Turkey. Totally 51 patients were included in this study; 35 (68.6%) wer...

Empyema thoracis has become increasingly common in paediatric population. Antibiotics and thoracostomy have been the cornerstones in managing stage 1 empyema, where as management of stage 2-3 empyema remains controversial. Surgical intervention is perceived to be associated with high morbidity and protracted recovery. This paper reviews the roles and outcomes of surgical decortication, and to provide data for comparison with other treatment modalities. Thirty children (median age 5.2 years, rang... 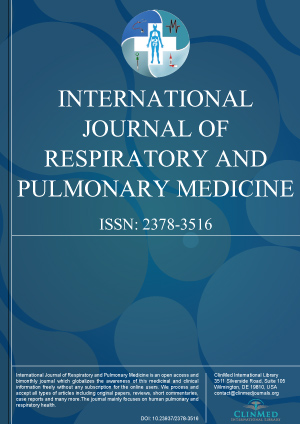