© 2019 Hassan S, et al. This is an open-access article distributed under the terms of the Creative Commons Attribution License, which permits unrestricted use, distribution, and reproduction in any medium, provided the original author and source are credited.

Infertility affects 15% of couples worldwide. It is estimated that roughly half of the infertility cases are due to male factors. Male infertility could be caused by various reasons including failure in spermatogenesis, defects in sperm transportation or accessory gland function, genetic or environmental factors, and sexual disorders. Among these causes, spermatogenic defect is the primary one in male infertility. Spermatogenesis is a sophisticated multistep process involving three major phases: Mitotic, meiotic, and post-meiotic phases. Other cellular events such as apoptosis of spermatogenic cell, migration, and differentiation also play vital roles in the process of spermatogenesis. The dynamic balance between cell proliferation and apoptosis determines the number of cells in the seminiferous tubules of the testis. Compare between the effect of honey bee, bovine colostrum and G-CSF on homing of HSCs that are used for treatment of induced infertility in experimental animals.

Male fertility is improved by increasing sperm count and motility and level of sex hormones is elevated after the period of study. 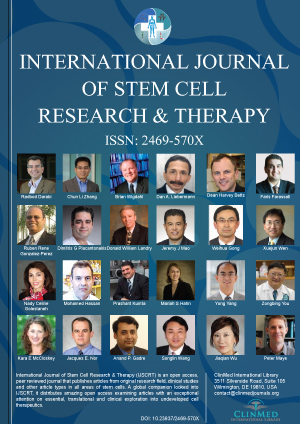