Sleep problems are a common complaint among adults. In university students international studies showed prevalence rates between 4.7 and 36.2% for sleep difficulties and 2-3% of students report nightmares. Previous studies show that nightmares are often associated with insomnia and mental strain, but also with gender. The goal of this study was to outline nightmares, associations with sleep disturbances and mental strain as well as self-efficacy among university students. An amount of 2196 stude...

217 women recruited in childbirth in the maternity participated in the survey with 34 included in the MDD group. 17 among the MDD group were diagnosed PPMD. Sleep characteristics of women were assessed before and during pregnancy with self-administered questionnaires and depressive symptoms after delivery were screen with the hospital anxiety depression scale (HAD). Diagnosis of depression was performed according to DSM-IV criteria during a semi-structured interview done by phone....

Accentuated kyphosis, popularly known as the dowager's hump, is a forward curvature of the thoracic spine that appears as a humped or crooked back. Progressive kyphosis may develop as a result of spinal fractures caused by osteoporosis, postural changes due to muscle weakness, and/or degenerative disc disease. Hyperkyphosis is a common condition affecting 20-40% of older persons, but can occur less commonly among the young. In older persons, hyperkyphosis has been associated with falls, fracture...

The sleep patterns of ten blind adults and their matched controls were studied during three consecutive nights. The first night was allowed for adaptation. Significant electroencephalographic and quantitative findings were obtained from nights 2 and 3. Although alpha-like rhythm was registered in only one blind subject during wakefulness, it was displayed by 8 of the 10 blind participants of this study during REM sleep. This rhythm was also present during the N2 sleep stage. The delta phase of s...

Quantitative electroencephalographic (QEEG) measurements were completed for a 35 year old of paramedic following two to five days of shift change and rest periods. The most conspicuous and reliable change was a marked increase (factor of 5) in power within the alpha band over the left prefrontal region and, to a lesser degree, increased power within the low-beta band over the right parietal region during the test periods after no work days. These results indicate that regions of cerebral cortice...

Insomnia and Emotion Regulation: Recent Findings and Suggestions for Treatment

Recent findings suggest that insomnia and emotion regulation are closely connected. Insomnia is widely associated with medical and psychiatric conditions as well as with impaired quality of life and emotional functioning. Additionally empirical evidence suggests that emotional dysregulation plays a crucial role in the onset and maintenance of psychopathological disorders. Although these seem to interact, very few studies investigated the relationship between disturbed sleep and problems in emoti... 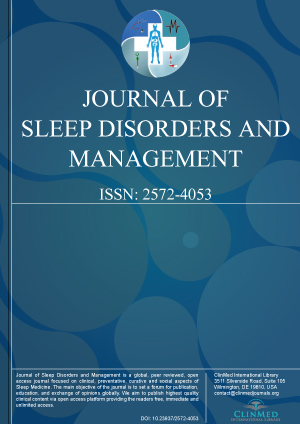