Liver transplantation (LT) is performed worldwide with immunosuppression being an indispensable component of the perioperative management. Calcineurin inhibitors and steroids have been the most popular and widely used drugs for a long time. However, steroids hold long-term adverse effects, as increased susceptibility to infection, hyperglycemia, hyperlipidemia, obesity, hypertension and osteopenia. Furthermore, steroids have been implicated in hepatitis C (HCV) recurrence after LT and graft fail...

Gastrostomy tube (G-tube) placement, once a staple of surgeons and gastroenterologists, has propagated into other fields of medicine with interventional radiology (IR) performing percutaneous radiologic gastrostomy (PRG). With more G-tubes being placed by IR, there have been novel complications associated with this technique. In the following case series, we describe one complication as a result of PRG tube placement by IR, called the 'Buried Balloon'....

Impairment of Salivary Protection in Esophageal Defense: Its Implications in Reflux Esophagitis

Gastroesophageal Reflux Disease (GERD) is a highly prevalent disease in the western world and affects approximately up to 20% of adults and nearly 25 million experience heartburn on a daily basis. Reflux esophagitis (RE) is caused by the excessive exposure of esophageal mucosa to aggressive factors like acid and pepsin leading to inflammation. Gastroesophageal reflux is a common phenomenon which would not normally cause esophageal mucosal damage because of presence of defense mechanisms....

Hormonal Therapy for GI Angiodysplasia: Out of Hope After Failure of the Scope?

Angiodysplasia of the gastrointestinal (GI) tract can present both diagnostic and therapeutic challenges. Despite the recent advances in endoscopy, many patients continue to suffer from recurrent bleeding. We report a remarkable case of a multi-year history of transfusion-requiring obscure overt recurrent GI bleeding, refractory to multiple endoscopic therapies as well as both octreotide and thalidomide. Upon initiation of hormonal therapy, the patient's bleeding completely resolved, with comple...

Effect of Biologics on the Outcomes of Inflammatory Bowel Disease: A Retrospective Study on a Large Pediatric Cohort

The incidence of inflammatory bowel disease (IBD) in children has increased over the past 20 years and treatment with biologics is increasingly used. Objective: We assessed the associations of biologics to IBD outcomes in children. Methods: A retrospective investigation was conducted on a cohort of children with IBD between 1988/2008 who were enrolled in the Pediatric IBD registry. The diagnosis of IBD was based on clinical, radiological, endoscopic, and/or histological examinations. Clini...

More and more studies have shown that mucosal healing on endoscopy has been the key prognostic parameter for inflammatory bowel disease (IBD) that predicts sustained clinical remission and resection-free survival of patients. It raised a big question as why the prognosis and long term remission of IBD are most strongly related to mucosal healing as judged by the appearance and integrate of the gut surface under the endoscope, rather than the set of genes the patients being baring, the amount and...

The incidence of hepatitis B virus (HBV)-related HCC has not declined for the past several decades. HBV is essentially a disease that could potentially be eradicated by a vaccine. According to the World Health Organization (WHO), two billion people (one-third of the global population) have been infected with HBV worldwide, and more than 240 million are chronic carriers (4-6% of the world population).... 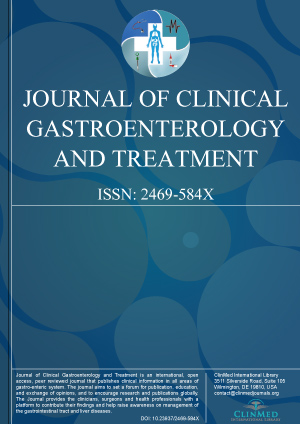