A Case of Dedifferentiated Leiomyosarcoma of the Uterus

A Battle against the Odds: Intensive Therapy in Thrombotic Storm

Thrombotic storm (TS) is a rare life-threatening entity that is characterized by multiple thrombotic events affecting diverse vascular sites occurring over a short period of time (days to weeks). We describe a case of a young boy who developed extensive and rapidly progressive thrombosis which required intensive treatment that included the use of triple antithrombotic therapy, pharmacomechanical thrombectomy, systemic thrombolytic therapy, and the combined use of plasmapheresis and immunosuppres...

Duodeno-colic fistula is an unnatural connect between the duodenum and the colon, which occurs rarely with the onset in the middle-aged. This report summarized the clinical manifestation and surgical treatment of the sixth case of spontaneous duodenum-colic fistula and reviewed the published other five cases....

Pregnancy during adolescence is a high-risk condition that prompts research interest due to frequent obstetrics complications in this age group. We aimed to identify potentially significant hematologic alterations in parturient adolescent patients at a public hospital in Goiania, Goias State, Brazil. Data from the medical charts of 45 parturient adolescents (aged 10 to 19 years) seen from 2013-2014 were analyzed, including their hemogram results, neonatology records, and labor and delivery notes... 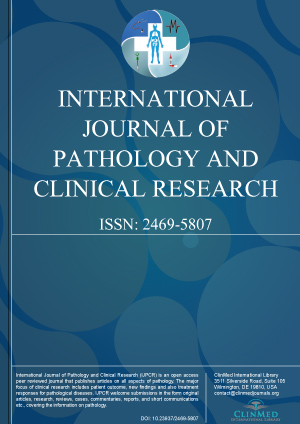