Introduction: Breast cancer, the leading cancer diagnosis among American women, is positively associated with postmenopausal obesity and little or no recreational physical activity (RPA). However, the underlying mechanisms of these associations remain unresolved. Aberrant changes in DNA methylation may represent an early event in carcinogenesis, but few studies have investigated associations between obesity/RPA and gene methylation, particularly in postmenopausal breast tumors where these lifest...

Survivin is a member of the Inhibitor of Apoptosis Protein (IAP) family. It is expressed in fetal tissues but not in normal adult tissues. Since Survivin is over expressed in various types of tumor tissues as well as tumor cell lines, it is considered to be suitable as a target antigen for cancer vaccine therapy. We identified an HLA-A24-restricted antigenic peptide, SVN-2B (AYACNTSTL), derived from a splicing variant of Survivin-2B. In the present study, we carried out a phase I clinical study ...

Most carcinosarcoma, formerly designed as Malignant Mixed Mullerian Tumors are found in the uterus or the ovary, but rarely in the fallopian tube. The histogenesis of this type of tumor and its place regarding serous or poorly differentiated carcinoma are discussed. We document here three typical cases primarily developed in the fallopian tube. The patients were 69, 70 and 82 years old. They all presented with abdominal pain and large unilateral adnexal mass apparently confined to the ovary. Bil...

Background: The inhibitor of apoptosis proteins (IAPs) are overexpressed in a variety of cancer cells and play an important role in the inhibition of caspases, thereby suppressing programed cell death and leading to chemoresistance of cancer cells. However, the anti-apoptotic function of IAPs could be suppressed by Smac, the second mitochondria-derived activator of caspase through its direct interaction with IAPs. Smac can interact with IAPs through the N-terminal Ala-Val-Pro-Ile tetrapeptide do... 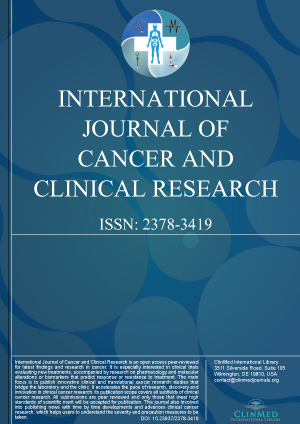